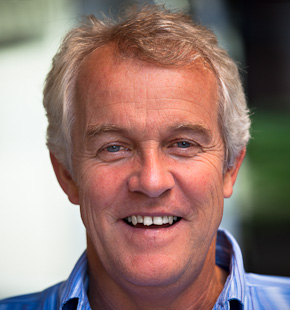 James graduated from London University (Bedford College) in 1979 joining Gearhart-Owen in the same year as a mudlogger. After a little over a year spent mainly in the North Sea and Yemen, James joined Baroid, also as a mudlogger and worked in Kuwait, Libya, and Angola before being transferred to Thailand in 1982. Work throughout the Far East was followed in late 1984 with a position as MWD engineer at Teleco in Aberdeen. During his year at Teleco, James operated mainly formation evaluation tools and was involved with a joint mud logging – MWD service in the United States.

In 1985 James secured his first wellsite consultancy position in the North Sea and worked regularly through a London based agency until the oil crash of 1986.

Since forming Swiftdale with John Birch in 1987, James has worked continuously as a consultant wellsite and operations geologist throughout the world with a strong emphasis on the Middle East. James lives close to the Swiftdale office in Grantham, Lincolnshire with his three rapidly growing-up children, Georgie, Alexander and Andrew living with him from time to time. His main loves in life, apart from his family, are Derby County Football Club, golf, which he plays with predictable inconsistency, his garden and drinking fine wine and good beer.