Working in the Ogaden, Southern Ethiopia

Working as a Swiftdale geologist often requires visiting some pretty remote location, but not many can be as remote as the El Kuran wellsite in the Somali Region in southern Ethiopia; a exploration licence currently being Operated by New Age (Africa Global Energy). Situated just 55 km north of the nearest town of Dolo Odo on the Somali border and just north of Somali Al-Shabaab territory. Security here, as you can imagine, has to be pretty damn tight; and is provided by around 200 Ethiopian troops and a rig location surrounded by barbed wire fences, guard towers and ditches. For most of my visit, we were all pretty much confined to camp.

The Cessna 208 Caravan taking off from the El Kuran airstrip.

This eventually gives way to steep canyons and gorges as the plane descends onto the plains of the Ogaden basin. Soon the terrain resembles partial desert, and lowland scrub, scattered with acacia trees, and the occasional tiny settlement, highlighted by the occasional tin roof, and thatched bush dwellings, adorned by occasional red coloured tarpaulins, brought out to provide some protection from the rainy season storms.

Sacred Ibis flying past the rig

The rig was situated besides the village of El Kuran, and two days before my scheduled departure I was lucky enough to spend a few hours there, albeit under armed escort. I’ve seen many remote, basic village dwellings throughout Africa, where life is simple and seems harsh to our western eyes, but none perhaps, as exceedingly basic and harsh as life in El Kuran. These people are truly hardy indeed, and it’s hard to imagine just how they eek out any sort of existence from the semi-barren landscape that surrounds them. Thanks to Abdi, our interpreter and village resident, I was privileged to get a glimpse into their lives. 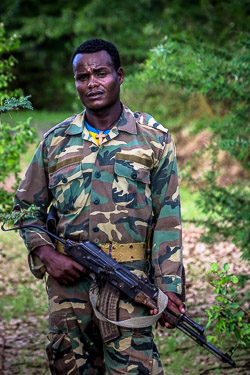 One of our armed escorts

Most of the dwellings within El Kuran are simple thatched huts, circular in design, some with walls, some just dome like structures, intricately woven with twigs. Some of the people here are nomadic, returning to the village during the rainy season, where the rivers break their banks, depositing fertile silt on the flood plains allowing a brief growing season for maize before the intense heat returns, scorching the earth back to brown. Most keep goats and donkeys, the latter for transport, and fetching water. There is no running water, sanitation or electricity, just a trip to the muddy, salty river.

They are Muslim, and the women dress in brightly coloured dresses and head scarves that contrast starkly against the reddish brown dusty landscape that surrounds them. The villagers on the whole, are welcoming and friendly, although many appeared shy and wary of our western appearance, especially some of the younger children; the other kids were fascinated and stared in amazement at our white faces, but most return our waves with a broad smile. 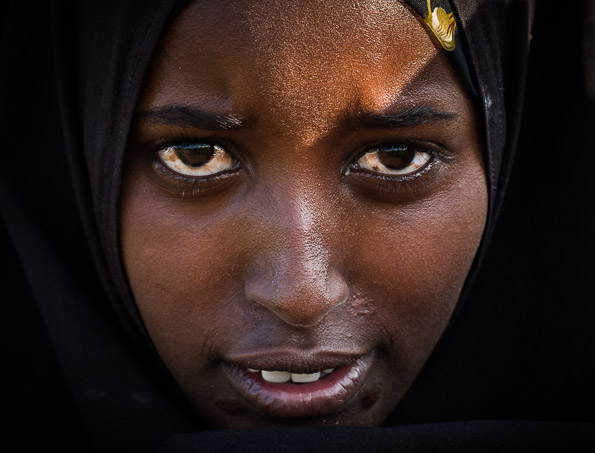 The Village of El Kuran, Southern Ethiopia
A young girl from the village. 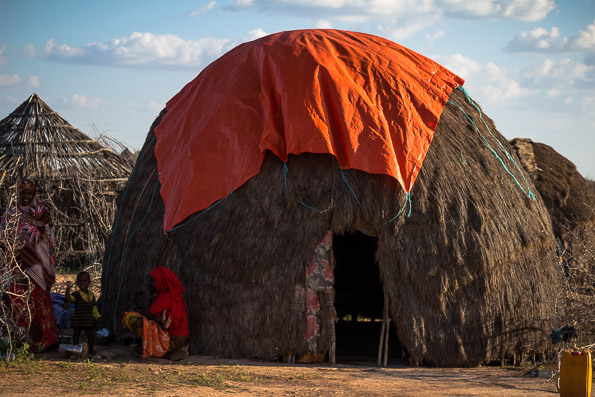 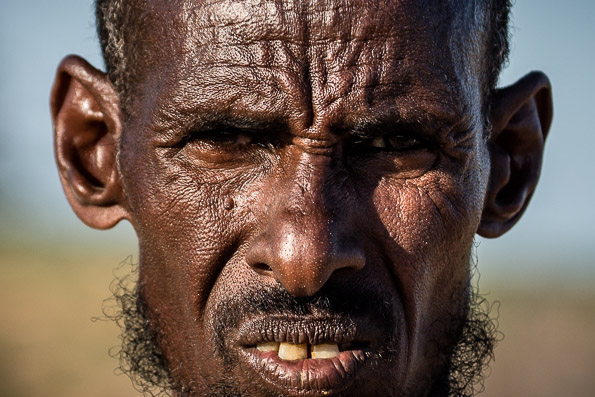 The Village of El Kuran, Southern Ethiopia
A local village stares into the camera. 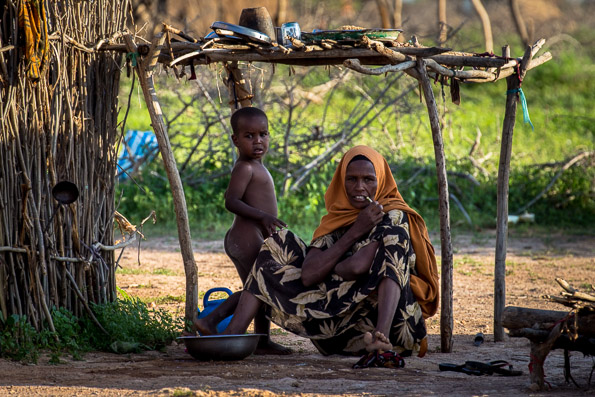 The Village of El Kuran, Southern Ethiopia
Cleaning your teeth in the shade. 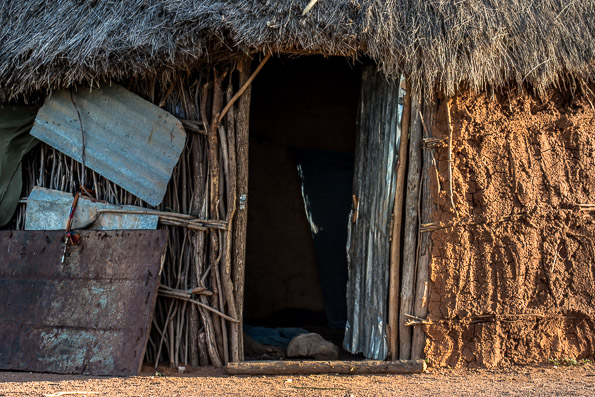 The Village of El Kuran, Southern Ethiopia
Entrance to a home. 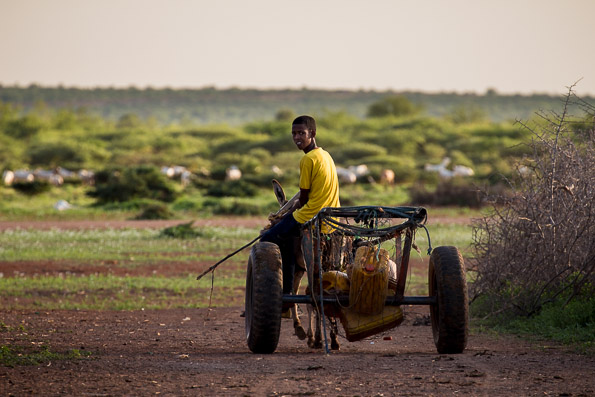 The Village of El Kuran, Southern Ethiopia
The local transport, a donkey cart, driven by a young boy on his way to fetch water. 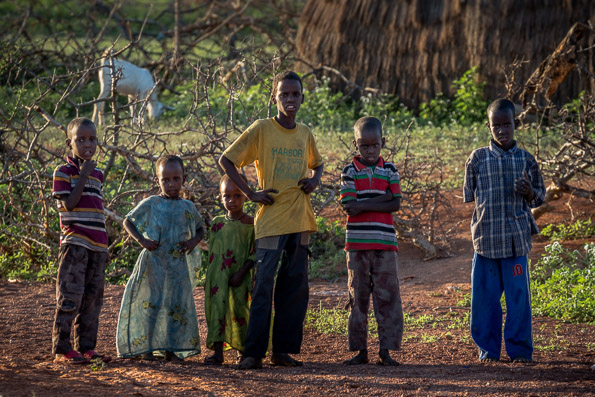 The Village of El Kuran, Southern Ethiopia
The children stop an stare at their strange looking visitors. 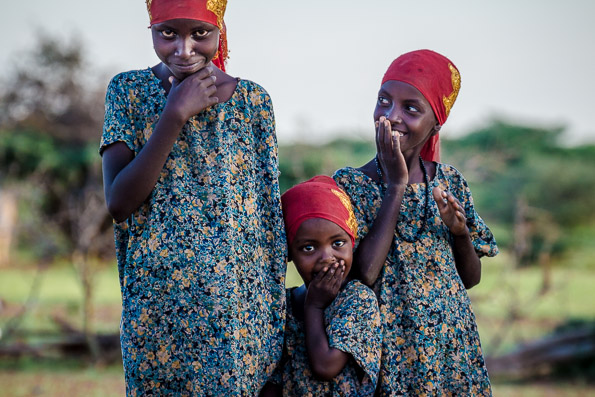 The Village of El Kuran, Southern Ethiopia
Sisters, slightly shy, not sure what to make of us. 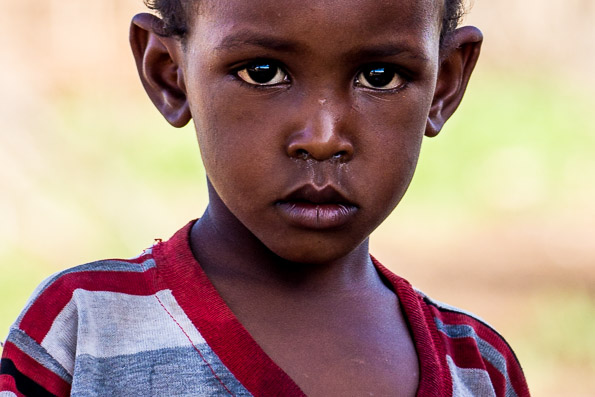 Ethiopian Village (Dec 2013) 106
A young boy stares with such a sad face, not sure what to make of the western visitors. 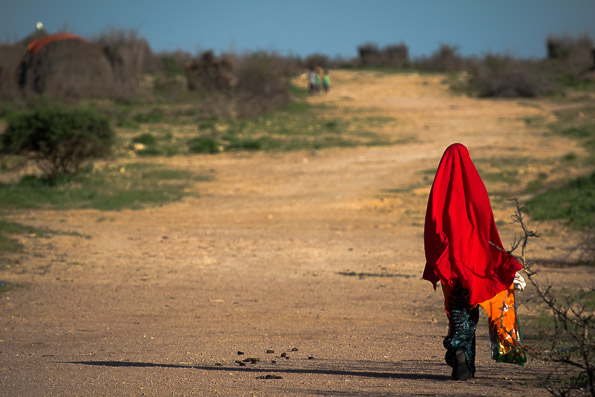 Ethiopian Village (Dec 2013) 155
One of the main streets through the village.